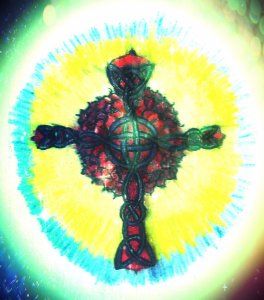 Good Friday into Easter. The Lenten season is over Congratulations you’ve done it but as it should have been pointed out from the beginning this is not the end of our venture to Christ. Rather it is the start of the unveiling mystery our hearts that unfolds through the love and mercy enacted by Christ at Calvary and the resurrection on Easter is when the mission is fully revealed as well as his love for humanity.

The Nature of Sin is to lie about reality and to attack the dignity of our humanity. A parasitic relationship that provokes us to act in ignorance and a darken our intellect. Rendering us to be incapable of fully perceiving the human person. It can only hold our conscience captive by continuing to feed us lies and using our guilt to accuse us of past mistakes. With thoughts such things as “You are no good. You are a total failure. You can never be loved. You have made so many mistakes; there is no hope for you. If they knew who you really are…”. These distortions lead us to that moment of ongoing awareness of the void lies in our hearts. The bitter cry of loneliness and despair that only fills our core as we are unable to attend to the open wound. It is shown to be a part of us that we can never get away from fully. So we eventually embrace the darkness by numbing ourselves and justifying the action taken to avoid those dark feelings. This can happen at any period of time, particularly when we are feeling weak about something.  It is like a chill of a cold winter night waiting for the spring to rise blooming with life. 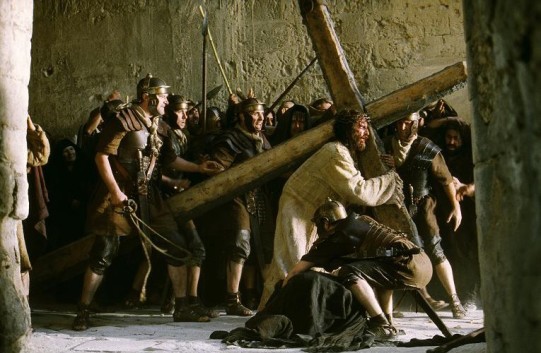 He was despised, the lowest of men, a man of sorrows, familiar with suffering, one from whom, as it were, we averted our gaze, despised, for whom we had no regard. Yet ours were the sufferings he was bearing, ours the sorrows he was carrying, while we thought of him as someone being punished and struck with affliction by God; whereas he was being wounded for our rebellions, crushed because of our guilt; the punishment reconciling us fell on him, and we have been healed by his bruises. (3-5)

God’s Mercy shows True love, as His son presents himself to be a pure gift of himself at the Passion. He seeks out the good that is found within other. Although he performs this ultimate act of love at Passion, it is not due our own merit rather it for the insurmountable dignity found in our Person. Regardless in how we are to respond at that moment, his concern is first and foremost about recognizing the beautiful creation of God which is that person.   This commitment holds waiting patiently for our personal response. For it is in mercy that is reserved for our innate dignity that reveals the truth of who we are.

So we should see the voice that we has held us captive.  As nothing but a lie, that holds a small and untrue figment of reality. For when mercy sings Truth of our heart calling out us from the moment of our conception. It is Mercy that sheds the light of the Truth and shrivels the darkness from our hearts.  For it is Mercy gives room to restore Hope that forms us. As JPII would say

“Do not be afraid of the radicalness of His demands, because Jesus, who loved us first, is prepared to give Himself to you, as well as asking of you. If He asks much of you, it is because He knows you can give much.” 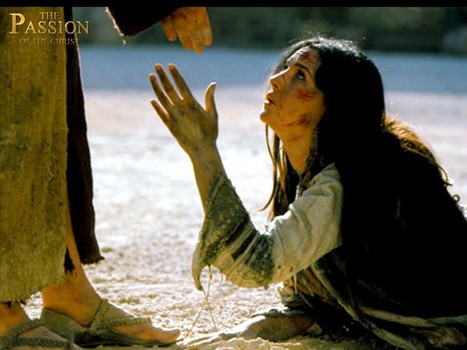 He knows and believes you were worth it, even when you might have doubted. In this love, he presents the key to Mercy is Forgiveness. As forgiveness means, he wishes to embrace us fully but not ignore our sins.  Rather will be why he shall carry them with him to die on Cross. With the Resurrection to affirm that literal life-giving element of forgiveness. Not just to us, (which is important) but also the need for us to forgive ourselves as well. Like the rolled stone at the tomb, he opens our being, our hearts, our lives to the new opportunity to show others God’s mercy is restorative and power His love frees the soul. Keeping in mind that Forgiveness is not an emotional feeling but an active choice that is willed by our act of the will. Which is harder to put into practice but is more rewarding to our soul.

“The forgiveness of God is one thing, but the proof that we want that forgiveness is the energy we expend to make amends for the wrong.” Archbishop Fulton Sheen

Even though the damage of sin to justice numbs our ability to see this fully.  Our openness is dependent on our ability to be courteous and humble at heart. For it can encourage the gentleness necessarily originated from our openness to mercy. So that we too might enjoy the gift of His love. That can only be derived from the essence of True Forgiveness formed by grace given by God. That is how He sanctifies us in echoing the words Christ  (think of the sacrament of reconciliation has so much power). For one to receive Christ’s words”I forgive you” is like a wave of water rushing over the soul. It is what fully realizes the gift that Christ presents to us on the Cross and confirms with His resurrection.

For Mercy is life-giving, that springs forth the goodness, strength and beauty that resonates intrinsically hidden within us.

“If we have imitated Judas in his betrayal, some of us more and some less, let us not imitate him in his lack of confidence in forgiveness. There is a sacrament through which it is possible to have a sure experience of Christ’s mercy: the sacrament of reconciliation. How wonderful this sacrament is! It is sweet to experience Jesus as Teacher, as Lord, but even sweeter to experience him as Redeemer, as the one who draws you out of the abyss, like he drew Peter out of the sea, as the one who touches you and, like he did with the leper, says to you, “ I will; be clean” (Mt 8:3).” Pope Francis

“Do not abandon yourselves to despair. We are the Easter people and hallelujah is our song.”  Pope John Paul II

P.s. I would like thank Sister Mary Elizabeth and the Holy Spirit for inspiring my writing